i've tried at various times to keep something like that and have had varied successes. i think for 2019 one of my projects might be a commonplace book/journal that could include thoughts and teachings in zen, daily expenditures, hikes, etc.

to be honest, i've been drawn towards journaling/diary-ing for a long time but also want to include concepts in books that i've read, websites, plans for things, diagrams, etc. i think it's time to start!

do you keep a journal? i know some people see blogging as their commonplace book, but i don't stop by here regularly enough for that.

as i continue my buddhist practice, one thing i want to be very careful about is not to ignore the female side of buddhism. what i mean by that is that zen, Theravada, and other groups that i am a part of or have been a part of are typically dominated by men (and cis, hetero, upper class men at that, but we'll address more of this at another time), but women play just as important of a role. they tend to be less well-known in these circles, and i'd like to avoid that in my own understanding and education moving forward.

so, to that end, here are two interesting links that i am reading today.

i hope you find this as helpful and interesting as i do.
Posted by Andy Hamilton at 9:53 AM No comments:

so, i'm a real adult today. i mean, i'm 33 and have have some societal markers of adulthood (a job, housing) for some time, but today i'm just straight killin' it on the adulthood front.

i've completed all of my requirements for my first week of classes towards my IT degree. woo! i started metformin, a medicine that is supposed to help me with my diabetes, today too. less woo, but still necessary. i paid all of my bills today and have enough left over for groceries and a couple dates with my partner. woo!

i've got a few more posts on the back burner, but i feel fairly good right now about how things are going so i'm going to keep it light for the moment. see you all soon!
Posted by Andy Hamilton at 1:43 PM No comments:

The Ten Grave Precepts
Affirm life; Do not kill
Be giving; Do not steal
Honor the body; Do not misuse sexuality
Manifest truth; Do not lie
Proceed clearly; Do not cloud the mind
See the perfection; Do not speak of others errors and faults
Realize self and other as one; Do not elevate the self and blame others
Give generously; Do not be withholding
Actualize harmony; Do not be angry
Experience the intimacy of things; Do not defile the Three Treasures

that's all i've got for you today. i'm working on sewing my rakusu and paying attention to my conduct!
Posted by Andy Hamilton at 8:28 AM No comments:

as i've mentioned before, i'm taking jukai at Dharma Mountain Zen Center in the near future. what i haven't mentioned yet, because the details are still getting ironed out, is that i will also be taking a retreat at Rinzai-ji in Los Angeles in mid October. sweet!

so, i've been thinking about this stuff a lot, and have also been thinking particularly about the precepts. the precepts are generally a set of training guidelines on how to develop sila, or morality, or ethical training, or however else you'd like to consider acting in a way that causes the least harm in the world.

there are several different precepts and kinds of precepts. in jukai, i'll be taking 14 Bodhisattva precepts. in my current practice i take five lay precepts every morning.

i chant this each morning:

the first part, the namo tassa part, is an homage to buddha as one who is awakened. more importantly, as one who is self-awakened and a teacher. basically in the buddhism i practice there isn't any elevation of buddha to the status of a deity as is often misunderstood. instead, he's a teacher. he's the guy who figured out what to do and told everybody how to do it and basically this first part is just, "this guy is awesome! thanks, awesome guy, for sharing with us how to also be awesome."

the second part, the Buddham saranam... part, is what's called "taking refuge." basically it's a recognition that if i'm feeling shitty or things are really hard, the buddha, the buddha's teachings (the dhamma or dharma, depending on whether you're looking at pali or sanskrit), and the community of fellow practitioners are all places where i can find a degree of solace and help. i've personally also found this to be true and a very helpful recollection for me.

now the rest of this is where it gets interesting. the vows are basically translated to mean the following:

at the center of each of these vows is the concept of ahimsa, or "non-harming". i want to talk a lot more about all of this, but i need to be somewhere in a minute. i'll come back and hit up these sila trainings in more detail in the near future.

thanks!
Posted by Andy Hamilton at 3:54 PM No comments:

to summarize, i spend a fair amount of time daydreaming about what it might be like to be a honest-to-goodness homeless wandering monk. i am sure it would be terrible but it also has some appeal that i can't fight off.

i think about it a lot. quitting my job, wandering off into the desert or the mountains to live, doing tons of meditation, etc. i know it's unlikely and i know that it would be foolish, and yet here i am.

i'd stay in the Bookcliffs all summer, trying to stay cool and studying during the day and find water and meditate in the evenings. i'd adhere to one of the approved aesthetic practices, which would be only eating food once a day and only eating that food from a single bowl. it would be a tough life, likely ultimately unsustainable, and yet.

anyway, silly daydreams on my part aside, the actual tudong monks who wandered Thailand's forests in the first half of the 20th century are fascinating and well worth reading about.
Posted by Andy Hamilton at 8:39 PM No comments:

I'm considering doing a self-study course of the Digha Nikaya. That book is like 1000 pages long, but as you can see is only a small part of the whole Tipitaka (oldest Buddhist teachings that have survived to the present) and doesn't include any of the latter sutras like the Lotus, Heart, Platform, or Diamond sutras. Whew! I'm working to strike a balance between practicing every day and also studying, and there's obviously a whole lot to study.

I know myself, and I have a strong tendency to over-emphasize the intellectual "study" side of an activity rather than the praxis of something. (note to self: write a future post about this in relation to activism, theory v praxis debates, education, etc).

I'm wondering if it might be in my best interest to commit to study no more than I meditate! At the moment I'm averaging about an hour a day... I think that would be a reasonable study limit. I'm sure once I start classes in October any non-vital reading will take a backseat.

Anyway, thanks for reading! 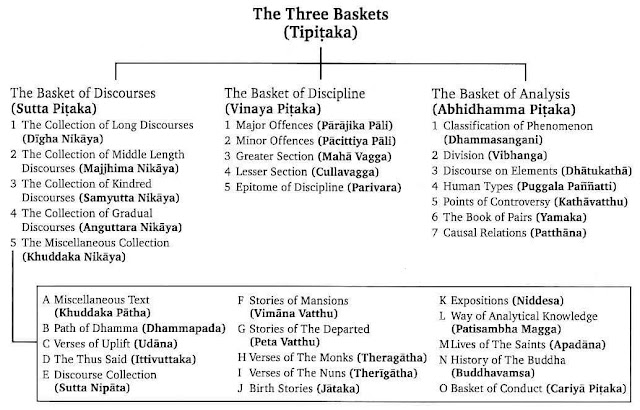 Posted by Andy Hamilton at 1:27 PM No comments: